For outstanding scientific achievements scientists awarded the Lenin Institute, four USSR State Prize and 18 State Prize of Ukraine, as well as prizes NAS of Ukraine and international awards. Among the developments of the institute, which were introduced, it’s worth mentioning metal cryostats, bolometers, used in space studies that krio-surgical tools, lasers and receptors. In particular, for the needs of over than fifty industries, Industrial Research Institute of USSR until the early 70’s released the developed FESS high sensitivity based on silver sulfide.

The main objective of the Institute is to carry out fundamental and applied research aimed at obtaining new scientific knowledge in physics, promote scientific and technological, socio-economic and spiritual development of society.

In 2004, the Presidium of the National Academy of Sciences of Ukraine approved the following major research areas Research Institute:

As part of the approved areas of priority are: 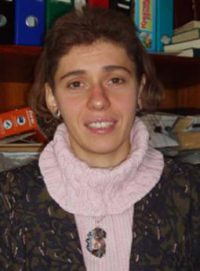 Dr. Anna Morozovska is a Leading Scientific Researcher in Department of Physics of Magnetic Phenomena. She is an author of 237 publication with h index – 48 and more than 6900 total citations. Her research interests cover areas such as ferroics and multiferroics, including ferroelectrics, ferromagnetics, magnetoelectrics and related materials, analytical theory of finite size, surface and correlation effects in ferroelectrics, multiferroics, their local properties and domain structure, interfaces effects, flexoelectricity and related phenomena, piezoelectric force microscopy, local piezoelectric response of ferroelectrics and related materials along with domain structure visualization, electrochemical strain microscopy, mixed ionic-electronic conductors.